by joeldelane.com on September 11, 2013 with 0 comments Apple

Available in 16GB, 32GB & 64GB (5S only) (UK prices TBC), the iPhone 5C is constructed from a single piece of plastic polycarbonate that’s available in multiple colours (green, blue, yellow, red, and white). With a stainless steel reinforcement for the antenna to ensure that reception never becomes an issue. An A6 processor, 8 megapixel iSight camera and 4 inch retina display. The iPhone 5C comes with a new FaceTime HD camera, more LTE bands than any other smartphone in the world (so it’ll work on the new Vodafone and O2 4G networks), and iOS7. Pre-orders this Friday, September 13th, and will begin selling the new phones on September 20th.

While the 5C is the cheapo version, the 5S is the daddy. Equipped with an all new A7 chip, making it the world’s first smartphone with a 64-bit processor. The 5S has too, iOS7, the iSight camera with 15 percent larger sensor, burst mode, improved image stabilization and flash. The best feature is the fingerprint sensor built right into the phone’s home button, allowing you to access your phone with just the touch of your finger, no longer needing the passcode function. You can add multiple fingers to your entry key too.

View a collection of images and the video below. Enjoy. 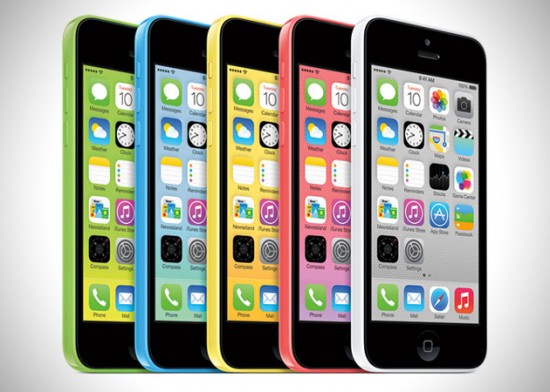 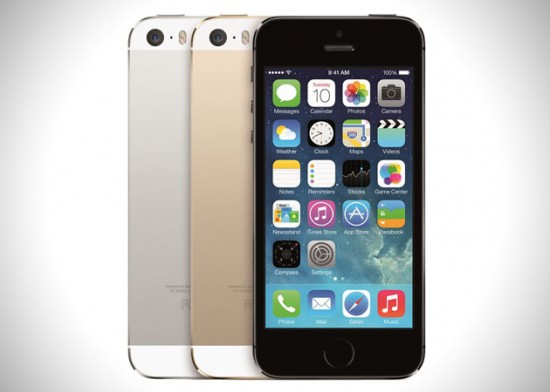 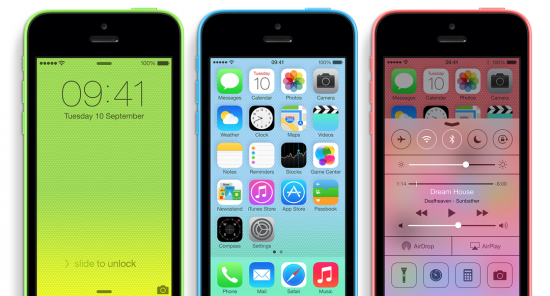 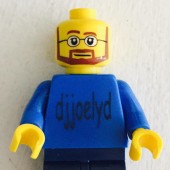