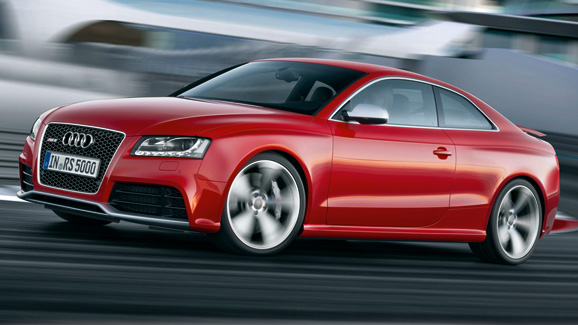 There was a time when driving an Audi meant you were most likely a quiet professional type. An architect or perhaps a designer perhaps, who was no more likely to break the speed limit than go to a heavy metal concert. Then, at the start of the 1980’s, along came the outrageous Audi Quattro and petrol heads instantly began buying into the brand.

The Quattro was the start of a remarkable period of competition success for the Bavarian manufacturer. Recent victories with the Le Mans Prototype R10 and R15 cars have been the icing on the cake for the marque, which saw them celebrate their centenary year in 2009.

It is not just on the track that Audi has been in the ascendency. The current range of models features two cars whose performance is nothing less than extreme. The Audi R8 and Audi RS5 are undeniably two of the most desirable cars currently available. The R8 is the more extreme of the two, but the performance of the RS5 is still jaw dropping for a four seater saloon which is perfectly capable of being used as a daily drive. 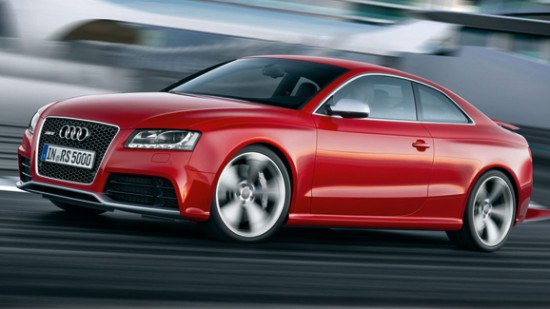 The Audi RS5
The RS5 is a definitely a handsome car. The styling is understated for the amount of performance on offer. There are no garish bonnet mounted scoops or boy racer spoilers to detract from the elegant, powerful lines. That is not to say that it is does not possess
a rear spoiler. On the RS5 it lies flush with the body work, only deploying itself when the person driving this particular gentlemen’s express reaches the required velocity. Unfortunately for UK drivers, this happens at 75mph which means it acts as a visible signal that the driver’s standard of driving may temporarily have fallen below the required standard.

The car is powered by a 4.2 litre V8 which propels the car from 0 to 60 mph in 4.5 seconds, and then on to a limited 155 mph. Should this neutering of the top speed hamper progress on the daily autobahn commute, there are tuning firms who can remove the restriction. What effect this would have on the car insurance quotes received by the owner, and quite how they would justify their need for this modification, is something to ponder.

It is not just on the continent that such modifications have a market. Police recently ended a 65 mile chase of a getaway driver on the M6, during which the R8 being pursued reached speeds of 180 mph, almost outrunning the chasing helicopter. 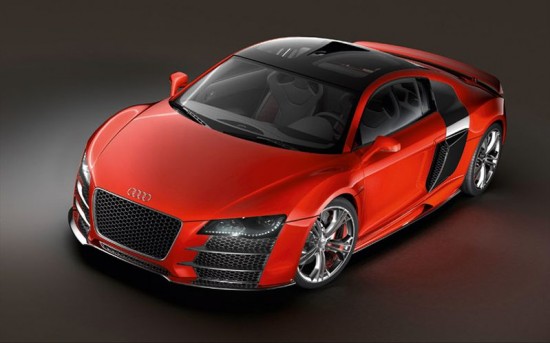 The Audi RS8
Of all the R8 variants the R8 GT is the most extreme. The 40 valve 5.2 litre V8 engine is capable of taking the car to just shy of 200mph. From a standing start the car can reach 60 mph in just over 3 seconds. The R8 GT boasts good looks which are easily a match for the extreme performance on offer. The GT is available in coupé and spyder variants, but is the convertible that is the more visually stunning.

The handling of the R8 is race track sharp, honed by Audi’s many recent motorsport successes. This is in no small part due to the chassis and floorpan being developed in conjunction with Lamborghini and shared with their current Gallardo model. Both marques are part of the Volkswagen group and there must have been a fair share of raised eyebrows in the boardroom when the road testers began naming the R8 as the superior car. This combination of Italian design and Germanic technology looks set to become an unbeatable one.