by joeldelane.com on March 6, 2013 with 0 comments Advertising

As consoles and online gaming continues to grow in popularity, the humble deck of playing cards often gets overlooked. Invented as early as the 9th century, playing cards are an innovation of design, calculation and fun, offering hundreds of games from just 52 rectangular cards.

Here we take a look at the five best playing card designs that inject creativity and quirkiness into one of the world’s favourite past times. 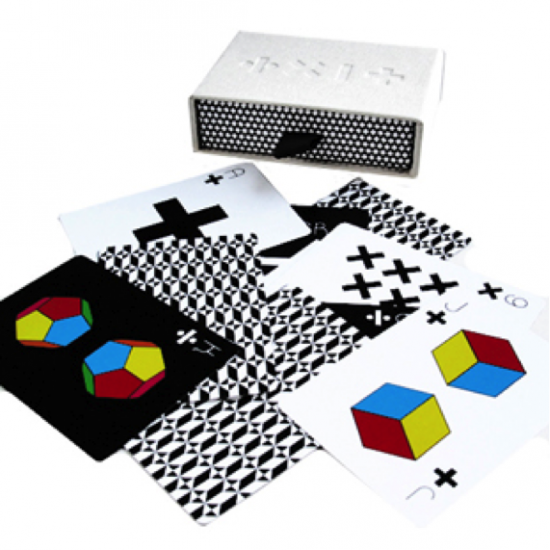 Designer Tauba Auerbach has created two decks of cards based on geometric shapes and mathematical equations. The above geometric set uses four basic shapes, such as + or ÷to represent the different suites and platonic shapes indicate the King, Queen and Jack. The stylised artwork and original concept is highly entertaining, once you get your head around it. 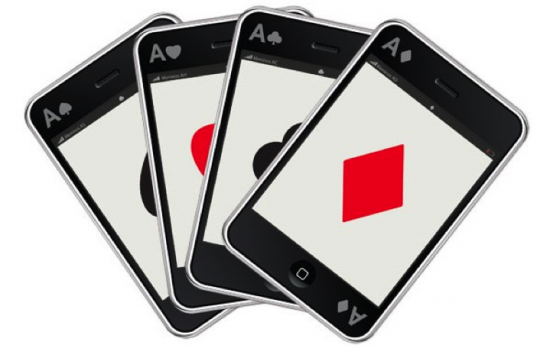 These ultra-realistic iPhone cards certainly look the part. The Apple icon is replaced by small Spade, Heart, Diamond and Club icons and features the suites and royals on the screen. 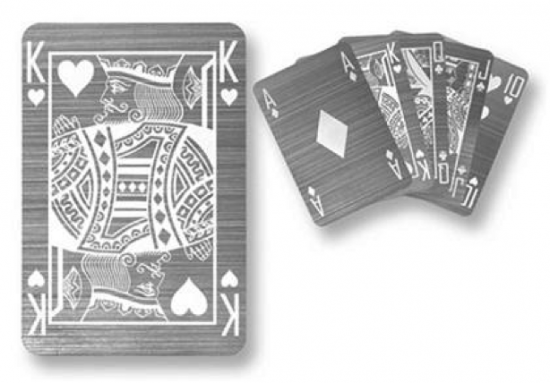 Etched into stainless steel, these cards are the pinnacle of style. They can be displayed on a wall, to add a touch of flare to a playing room, or they can be used to play with. As attractive as they are, these metal cards weigh a whopping 624 grams and costs around $150 per deck. Not to mention they could do much more damage than a paper cut. 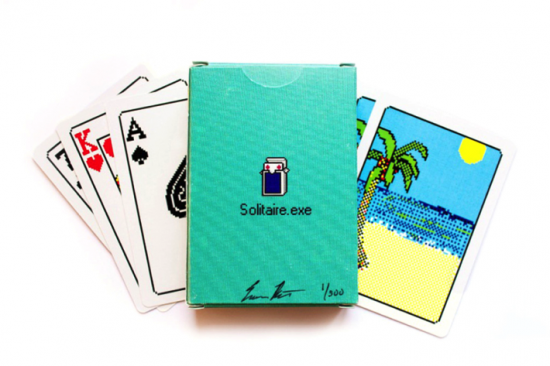 Back in the 20th century, the Solitaire.exe game on Windows 98 was filling computer screens with card graphics and consuming work hours everywhere. Playing on the nation’s nostalgia, designer Evan Roth released 500 decks of the limited edition Solitaire.exe playing cards, which quickly sold out.

Crafted from transparent PVC, these invisible cards are both water proof and durable making them perfect for holiday card games. The unique but simple cards are created by Kikkerland Design, and at only $6 they are an affordable way to play in style.